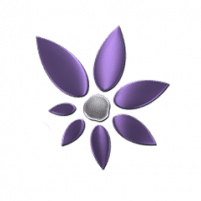 By age 50, about half of women may have fibroids, which is a health condition that causes tumors and sometimes unpleasant symptoms. The experienced team of practitioners at OB-GYN Associates PC, located in Cedar Rapids, Iowa, treats fibroid symptoms to ease pain and improve your quality of life. Call to schedule an appointment or book one online today.

What are uterine fibroids?

Uterine fibroids are muscular tumors that grow in your uterus and are almost always benign (non-cancerous). You may or may not have symptoms associated with fibroids, but if you do, symptoms can include:

In addition to the discomfort uterine fibroids may cause, complications may arise if fibroids aren’t treated, such as anemia from blood loss, infertility, or problems during pregnancy.

The cause of fibroids isn’t entirely clear but could be due to genetics or hormone changes. Certain factors increase your risk for developing fibroids, such as:

How are fibroids treated?

The experienced medical team at OB-GYN Associates PC treats fibroids using surgical and non-surgical methods. If you don’t have symptoms, watchful waiting might be an option. Other treatment options include:

A myomectomy is a minimally invasive surgical procedure that removes fibroids but leaves the uterus intact. This may be a good option if you’re planning to have children in the future.

A hysterectomy is a surgical procedure that removes the uterus where fibroids are located. The presence of fibroids is the most common reason for hysterectomies in the United States.

Another minimally invasive procedure used to remove fibroids is called myolysis. During this procedure, your gynecologist inserts a needle into the fibroids and uses freezing or an electric current to destroy them.

Uterine fibroid embolization is a minimally invasive procedure using a thin tube to cut off blood supply to fibroids. This causes fibroids to shrink and die, often relieving unpleasant symptoms.

Which fibroid treatment is right for me?

The best fibroid treatment for you depends on whether or not you have symptoms, and if you plan to have children in the future. Call OB-GYN Associates PC to consult a knowledgeable provider and learn more, or schedule an appointment online today.